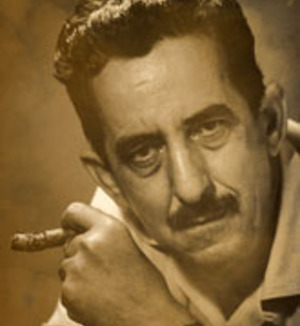 Born in the City of Guanajay, on 1 April 1916, he was co-founder of the Photography Club of Cuba. He began working as a reporter during the disasters that came about during the hurricane of 1940 for which he received his first award for his photographs in Guanajay.

In 1948 he obtained his first international award, a special prize, in Zaragoza, Spain, for his photograph ¨Salen al camino dos carretas¨ (Two oxcarts hit the road).

In 1949 he was awarded another prize in Cuba, for this same photograph, with a tie in first place with Roberto Mañalich. Also in 1949, during the First International Exhibit in Cuba, he was awarded for his photograph Colonial. In this same year he did important work artistic work in the field of nude photography for Nude magazine in New York, also receiving several awards.

In 1950 he received Honour Mention for his photo El regreso (The return).

In 1955 he also worked in the field of artistic semi-nude photos, published in diverse magazines among which we can find the Italian model Zurka Falconi.

In 1961 he obtained Third Place with the topic Carnival, with the photos Humo and Tambor (Smoke and Drum).

In 1962, in Budapest, Hungary, Interpress awarded him the Silver Cup for Levan la luz (Raise the Light) as the best photograph of Latin America. In this same year, he published important photographs of relevant historic events such as the sinking of the La Coubre, of the funeral of those who died in this sabotage, and also of typical country houses called ¬¨bohios¨.

Around this time also he was awarded a Special Mention for his Retratos ( Pictures) in Romania.

In 1963 he was awarded Third Place at the International Competition sponsored by the Cuban Institute of Friendship with the Peoples (ICAP).

In 1967 he took part in the First OLAS Conference, publishing photos of this important event.

In 1973 he was chosen to work for the German News Agency AND.

During the 10th International Festival of Youth and Students se became a self-proclaimed promoter of synthesis photographer.

In 1978 he was awarded a Mention in the information genre.

In 1983 he began the publication of some books with his photos together with two other photographers, Rogelio More and Pildaing.

He worked uninterruptedly for 63 years on all types of photographic topics.

He also did photo-reports of many Visual Arts artists such as Victor Manuel, a Cuban painter of well recognized international prestige, Claudia Cardinale, an Italian movie actress, among many others.

He was also co-founder of the Cuban national news agency AIN and of Prensa Latina; also of the Association of Cigar Rings Collectors of Cuba (AVC), where he obtained 1st place on 22 March 1988.

For many years he worked for important publications in Cuba such as Bohemia .